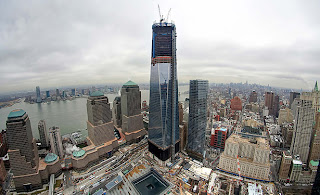 For more information on the progress of One World Trade Center’s construction, click here.

For contractors that are interested in filing a mechanics lien in New York on public or private projects, try LienItNow.com.