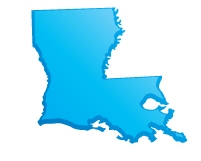 When Looney Ricks Kiss Architects, Inc. (Looney) created an architectural design known as the Island Park Apartments in 1996, it probably wasn’t thinking of insurance coverage law.  But, it appears likely that Looney’s attorneys brushed up on the topic in 2007 before filing suit against Steve Bryan and his affiliated building companies (Bryan) for infringement of Looney’s copyrighted architectural work.  And, in 2012, it appears to have paid off.
In construction law news, the United States District Court of Appeals recently decided the case of Looney Ricks Kiss Architects, Inc. v. State Farm Fire & Casualty Co., __F.3d__, 2012 WL 1109058 (5th Cir Apr. 4, 2012).  The Looney case involved Looney Ricks Kiss Architects, Inc., an architectural firm, which designed the Island Park Apartments.  The Island Park Apartments were constructed by developer Steve Bryan and his affiliated companies.
In the agreement between Bryan and Looney, which was the AIA Standard Form of Agreement Between  Owner and Architect – 1996 was a provision recognizing Looney was the author of all documents prepared for the project and indicating that the documents cannot and should not be used by Bryan or others without a written agreement and compensation to Looney.  In an unusual step, Looney also filed and registered the Island Park Apartments with the U.S. Copyright Office as an architectural work and technical drawings.

In March of 2007, Looney sued Bryan, alleging that the plans had, in fact, been used to construction another project: the Cypress Lake Apartments. The insurers, including State Farm, filed motions and sought declaratory judgment finding that breach of contract exclusions in the policies issued to Bryan precluded any obligation they may have had to defend or indemnify Bryan under the personal and advertising injury coverage for copyright infringement.

The Appellate Court was tasked with determining how the Louisiana Supreme Court  would rule (since the Project was in Louisiana, Louisiana’s insurance law applied). While other states apply two different tests when deciding whether the “breach of contract” exclusion applies—a “but for” test and an “incidental relationship” test – Louisiana had no clear law on which test it would apply.

An explanation of these tests is as follows, as explained by the court:

“Under the “but for” test, the injury is only considered to have arisen out of the contractual breach if it would not have occurred but for the breach.  Under the “incidental relationship” test, the exclusion applies as long as the contract bears some relationship to the dispute.”

In deciding the case, The Fifth Circuit held as follows:

“The reasoning of these cases makes clear that a claim for relief cannot be considered to have “arisen out of” a breach of contract where the legal support for the claim emanates from a source other than contract law. Therefore, we conclude that Louisiana would apply the “but for” test. Our conclusion is bolstered by the established principle under Louisiana law that ambiguous policy exclusions are to be construed against the insurer. Accordingly, if there is a reasonable construction that would permit coverage, that construction should be applied. The insurance policies at issue in this case do not define the “arising out of” language. Both the “but for” approach and the “incidental relationship” approach are reasonable constructions of the “breach of contract” exclusions. Thus, under Louisiana law, the construction most generous to coverage, the “but for” approach, should prevail. As LRK’s claim for relief under the federal copyright laws would exist even in the absence of its 1996 Agreement with Bryan, the “breach of contract” provisions of the relevant insurance policies do not apply to preclude coverage for LRK’s claim. Accordingly, the district court’s determination that the insurance policies at issue in this case preclude coverage must be reversed.”