The Contractor's Guide to Getting Paid

A primer for contractors, subcontractors and suppliers 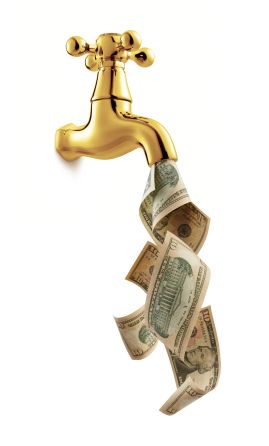 Is the construction project owner holding back money - again - for work completed or materials supplied? You're not alone. Devices that have been around for hundreds of years, such as contracts, terms and conditions, mechanics liens, lien waivers and even arbitration, were all designed to resolve this non-payment issue. Most contractors use only one of of these many tools, and not effectively.

The following steps tell you what to use to get paid on a construction project, when to use it, and how to use it effectively.

Step 1: Get a Contract

In many parts of the country, construction work is still done on a handshake. So why have a construction contract in the first place? Because one of the biggest problems encountered with non-written contracts is that each party's respective memory of the agreement changes over time, especially if a dispute arises. While its hard to say whether more payment disputes result from handshake deals, what is easy to say is that disputes are harder to resolve when there is no written contract governing the parties' agreement.

While handshake deals have been around since the first contractor was hired by the first owner, contracts aren't a new creature either. Contracts were used in Ancient Mesopotamia as early as 605 B.C. A contract for the supply of bricks in Babylon details "10,080 baked bricks, property of Samas, are against the account of Samas-zer-iqisa son of Erbaya; he will deliver them at the end of Sabattu, day 7, year 1, Nebuchadnezzar king of Babylon."

Today we have a lot of decisions to make about which contract to use, how detailed they should be, how long a contract should be, and what terms and conditions to use. These are good choices to have, but they can be overwhelming. Luckily, the internet comes with lots of guidance, much of it from lawyers. To get started on your contract, try using the top ten key points to a construction contract promoted by California construction attorney David Lowenthal.

As with anything, just having a contract is not enough: you have to use it effectively. To do this, make sure you abide by all the terms and conditions, and timely enforce the terms and conditions when you believe the other party is not complying with the contract. This means immediately sending written notices when payment is overdue, or when you are asked to work that is outside your contractual scope of work.

Step 2: Send a Prelien Notice or Notice to Owner at the Start of the Job

Tell the owner who is on the jobsite, what work or materials are being provided, the estimated value of that work, and when you started work. While a notice to owner has many uses, its most important use at the beginning of the project is getting your name to the owner so they can make sure progress payments are made appropriately and correctly. Many states also require preliminary notices at the beginning of the project in order to preserve or maximize construction lien rights. These prelien notices are generally not meant to notify the owner of non-payment on a project.

The most effective notice of furnishing, prelien notice, notice to owner, or preliminary notice are completed and sent to the owner shortly after work starts.

To make it easier for you, LienItNow's Notice to Owner, Notice of Furnishing, Prelien or Preliminary Notice forms are tailored to each state, and LienItNow sends or files prelien notices.

You generally can't get paid unless the owner or contractor know how much to pay you. This is why submitting payment requisitions (also known as applications for payment or invoices) is important. Whether the job is a small project or a large project, applications for payment not only provide a reminder that payment is due, but also help record what was done over the invoiced time period.

Accurate and detailed payment applications can also speed payment. The more accurate detail contained in the invoice, the harder it will be to refute. Many applications for payment are rejected because they contain incorrect completion percentages, incorrect math, or applications that are submitted tardy.

Make sure you invoice on a timely, regular basis. If your contract requires invoices every thirty days on the fifteenth of each month: make sure those invoices are submitted to the owner or contractor on the fifteenth of each month. If there's no specific agreement as to the timing of payment requisitions, submit them on a regular schedule, preferably monthly, unless there's an agreement to do otherwise. No one likes to be hit with a big, unexpected bill months after work has been done. At that point its hard to verify what was done, and money may have already been spent on other items.

For effective invoicing, submit applications for payment timely, make them detailed, and follow up on late payments - in writing - the day after they are due.

Why would we suggest partial lien waivers as an effective tool for getting paid? Because owners, contractors and lenders love lien waivers. While a lien waiver may seem redundant (you usually have a cancelled check or wire transfer receipt to show payment), lien waivers accomplish a lot more than just verifying you've been paid for the work done.

It is important to carefully read lien waivers before signing them. Many lien waivers include language that waive existing claims, so review the language of the release/waiver form and make sure it gives you the right to except or reserve claims that you do not intend to waive.

Don't be scared of lien waivers, just be careful. Lien waivers are effective tools in obtaining payment on a construction project.

Its amazing how many people don't make a phone call about overdue invoices before taking more serious action. While it is always recommended to document requests for payment, phone calls are often just as effective. It is often more difficult to avoid a direct conversation, and owners tend to respond in a more positive manner to a friendly phone call than a threatening letter. Steve Jones of the Business Leadership Corp. agrees: "Pick up the phone and call people. Call accounts payable. The person who you deal with in a department might be known for losing invoices on their desk."

To effectively make a phone call about non-payment on a construction project, do it early (a few days to a week after the payment due date). Keep the conversation light, but ask for details about the expected date of payment and the amount expected to be paid. After the phone call, confirm the conversation in an email or a letter.

Construction projects are all about documentation: plans, specifications, change order proposals, contracts, payment requisitions, notices...and letters. If the phone call in Step 5 above didn't work, sending a formal letter putting the owner or contractor on notice of their breach of the payment terms is appropriate. Many contracts require formal notice before you can move to stop work or declare the contractor / owner in default, so make sure you are complying with the contract terms when sending the notice.

Effective letters contain all pertinent information, like how much is owed, when it was due, the terms of your payment agreement, and what you expect (i.e. timeline for payment, interest, penalties). If you are in a state with a Prompt Payment Act, cite the Act in your letter, and inform the owner and contractor they are in violation of the Act. If you are considering doing what is recommended in Step 6, filing a mechanics lien, you may want to inform the owner in the letter.

The most common misconception contractors have about mechanics liens and construction liens is that they are a nuclear option, assuring self, or mutual, destruction. In fact, filing mechanics and materialmens' liens are highly effective ways to obtain overdue payment while not completely upsetting the construction project's proverbial apple cart. Keep in mind that mechanics liens rights have expiration dates. Every state has laws that limit the amount of time a mechanics lien can be filed: from as little as thirty (30) days from the completion of a construction project. Holding off on filing a lien could result in not being able to file a lien at all. While owner definitely do not love contractors liens, they will try to resolve them quickly: that's because the liens actually tie up the owner's property, making it hard to finance or sell, and may put them in default with their current lender.

An effective mechanics lien contains correct owner information (including the right name and address), a description of the work performed, detail about the amount claimed, and is filed with the appropriate government clerk. A filed mechanics lien will not only get the owners attention, but will also result in overdue invoices getting paid.

Mechanics liens are known variously as contractors liens, construction liens, materialmen and mechanics' liens, and notice of claim on lien. Whatever the name, LienItNow files all types of liens related to construction projects.

Not sure if you have the right document? LienItNow has FAQs tailored to each state. Additionally, its free lien document preview will show you what you're ordering in real time, while you complete your mechanics lien document.

If none of the above steps worked, you may be in for a protracted litigation or arbitration. While sometimes unavoidable, going to a lawyer maybe your best bet if you are stuck with an intransigent owner or contractor who refuses to pay for work performed. Both arbitration and litigation have their strengths, and a skilled construction lawyer should be able to guide you through that process.

We use cookies on our website. Some of them are essential for the operation of the site, while others help us to improve this site and the user experience (tracking cookies). You can decide for yourself whether you want to allow cookies or not. Please note that if you reject them, you may not be able to use all the functionalities of the site.