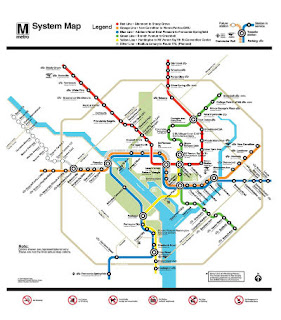 Last Wednesday, the Virginia Transportation Secretary, Sean Connaughton, attended the “State of the Rail to Loudon” breakfast and made a speech. Public officials often attend breakfast gatherings and make speeches, but they do not often criticize unions or labor incentives.

The gathering, which was sponsored by the Loudon County Chamber of Commerce, had to do with the Metro s Silver Line to Loudon, which is currently under construction. The twenty three mile Silver Line is currently in its first phase, and when that phase is finished in August of 2012, will begin operating from Tyson’s Corner to Wiehle Avenue.

Transportation Secretary Loudon’s speech related to the second part of the Project which is scheduled to being in the Spring of 2013. The second phase of the project will extend the rail line from Reston to Dulles Airport and Loudon County. The Secretary indicated that the construction project could not be completed within its projected budget unless pro-labor incentives were removed from the next construction contract.

While the State has promised $150 million to the project, the concern is that the labor package, if put into the continuing contracts, will result in the project going over budget, and the state having to foot more of the bill.

At issue is a conflict between Virginia’s Right to Work policy, which prohibits the State from requiring union labor or certain labor incentives in many circumstances. However, The Metropolitan Washington Airports Authority (MWAA), which oversees the construction of the $6 billion Silver Line, already agreed to put the labor incentive in the contracts for the second phase of the work.

The Silver Line is being paid for with funds from the federal and state governments, Fairfax and Loudoun counties and revenue from the Dulles Toll Road. Rail projects similar to the Silver Line Project are underway across the country. Some have run into similar budgetary issues: though the Virginia issues relating to Right to Work laws may be unique. Last year, New Jersey Governor Chris Christie halted a railway project that was already underway due to budgetary and cost overrun concerns, making him both a hero and a villain in the political world.